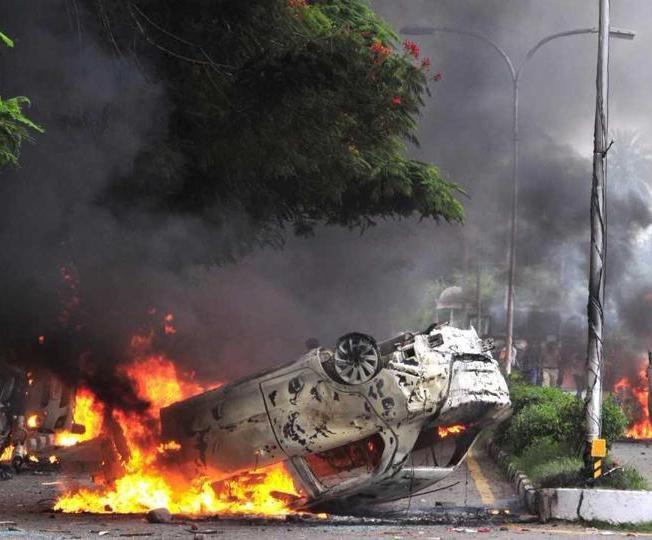 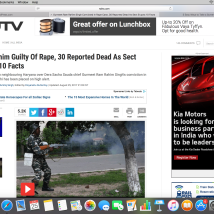 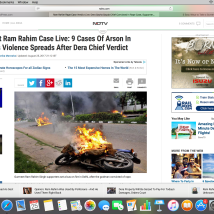 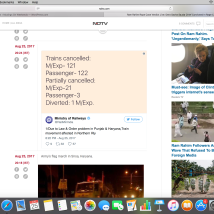 People killed, vehicles burnt and damaged, multiple  cities under curfew, trains on indefinite hold, thousands of passengers stranded. All this for what? Because some self styled God-man in our country was accused of rape and was found guilty. His followers couldn’t accept the decision and started taking out their anger on innocent people and damaged public property.

I wonder who are all these thousands of people who have nothing better to do than camp on the streets just waiting for the decision and if found guilty instead of questioning the so called ‘baba’ cause irreparable destruction? At times like these I wonder if we are all a bunch of idiots and whether we truly deserve to live like this.

To top it all, instead of appealing to the masses to keep calm and with God’s grace (the actual one in this case) develop some iota of common sense the media is busy playing the blame game and our ministers indulge in petty politics. Do we have no shame? Someone even supported the accused and blamed the court for all the loss to life and property. How can we stoop so low?

I can only hope and pray that no one reading this has been brain washed enough to take someone’s life and I urge all of you to educate and talk about the issue with the less fortunate ones like your domestic help, your driver, the washerman, building caretaker, newspaper boy, your local chai-wala etc so that incidents like these are not repeated. Meanwhile as the court orders the assets of the more-than-affluent baba to be seized to recover the state losses lets collectively pray that the blind followers of the sect do not cause even further damage in retaliation.

View all posts by Priyanka Gahlawat